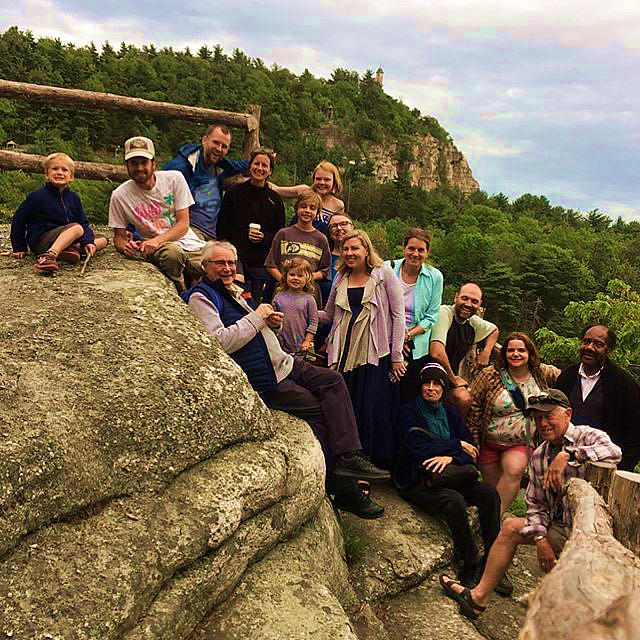 ◄ Back
Next ►
Picture 1 of 54
Gallery:  Williams Families: Add your Family!
Email photos to raym[email protected]
Compare Williams 1970 with Williams 2017.
What’s New At Williams?
Spring Street Then and Now

Academics Then and Now

Introduction.  When we entered Williams, 96% of our class were White, 1.5% were international students, and 23% received financial aid.  Today, 59% of the students are White, over 6% come from abroad, and a little over half receive financial aid.  Compare Williams 1970 with Williams 2017.

Table of Contents.  You can provide more information, background, or opinions on these events at the Forum Pages.

Note:  You’re encouraged to add your own memories, thoughts, and opinions to our admittedly complex “history.” You can add new History Topics in the site’s the Forum Section, where all Topics are listed, or you can click on the individual Topics listed below.

One good source places the “modern Williams” as developing between 1961 and 1993. See A Pictorial History of Williams, Second Ed., Table of Contents, p.3, and the relevant articles below.

That’s thirty years, essentially, to fully implement the diversity and democratic changes that were started shortly before we, the Class of 1970, arrived.    The Class of ’70’s opinions on this issue seem to break down into three categories:  those who think the pace of change, roughly, was just about right and in keeping with sound educational policies;  those who think the pace of change should have been faster;  those who have not participated with Williams since graduating.

Since the Protests and all the Williams changes significantly impacted our experience, we’ve developed a two-part series of pages and discussion opportunities for you.

See the Timeline and links below.  History pages and discussion links are provided for each topic.

September, 1966. “Then and Now” was an open conversation when we entered Williams in 1966.   Williams was in the middle of implementing momentous changes that affected all aspects of the College, including the experience we found during our four years at Williams.  Each of the New Williams policies below were “in transition” when we arrived in 1966.

None had been fully implemented.  This “partial implementation” led to many difficulties and problems during our four years on campus – not to mention the National Political Events (Vietnam War, The Draft) that roiled campus life even further:

Note:  This page is “under construction.” Additional information and discussion will be available shortly.

Class History breaks down into the following topics.  These topics also are presented on separate Forum Pages.   Forum Pages give you a chance to provide additional information, thoughts, points of view, or opinions. Please be kind, “family friendly,” short and direct.

There virtually are no archived pictures of us as a class until April, 1968.  After that, there are a treasure trove of our Class.
time

Timeline of Changes at Williams

adapt
Analysis and Adaptation:  Lessons We Learned at Williams. Williams still was an all-male institution when we arrived and graduated. However, Williams was implementing significant structural changes before we arrived to diversify admissions and democratize student life.   Williams “got it.”  In retrospect, it just didn’t “do it” quickly or broadly enough during the tumultuous late ’60’s.

The very first article in our GUL Yearbook made one point quite clearly:

In virtually every respect, politics describes this year at Williams.
1970 GUL Yearbook, p. 21

Admissions policies were under change at Williams in a significant way when we were at Williams.

1962 – Present.  Removing Elements of Discrimination, and Democratizing Williams.  We heard stories upon entering Williams that, in the past, i.e., early 1960’s, some fraternities had discriminated against African Americans and those of the Jewish faith in admissions and thus, access to the best housing on campus.  The College undertook to end rushing, residential housing, hazing, uncontrolled partying in the houses, and racial and religious discrimination by removing fraternities from campus starting in 1962. See FraternitiesNov1968.

In order to break the fraternities, Williams took the following actions.

By removing fraternities from residential housing in 1962, increasing Public School Admissions to 50% by 1966, removing fraternities entirely by June, 1970,  introducing coeducation in 1969, and formally by 1971, ,  and increasing the size of the school in 1971, Williams made clear through the 1960’s its long-term commitment to increased diversity and democracy at the School.

Back to Top
Ten Percenter Program

An article by then Admissions Director Phil Smith on the 10-year Ten Percenter Program appears in Craig Lewis’ Williams 1793-1993, A Pictorial History, pp. 234-6, © Williams College, 1993. The obviously glowing “corporate” article describes the program as a huge success.
Many in our class would differ.

For many of us, The Draft was our first introduction to the federal bureaucracy, how to play it, and how to beat it.  The College was right there supporting us, with a “Draft Dodge” program that mirrored our common opposition to The War.

Also, in the Forum Topic “The Draft,” Classmates describe their experience with the Draft, the College’s draft advising program, and the results.

See some discussion after the Slide Show of Williams Today: 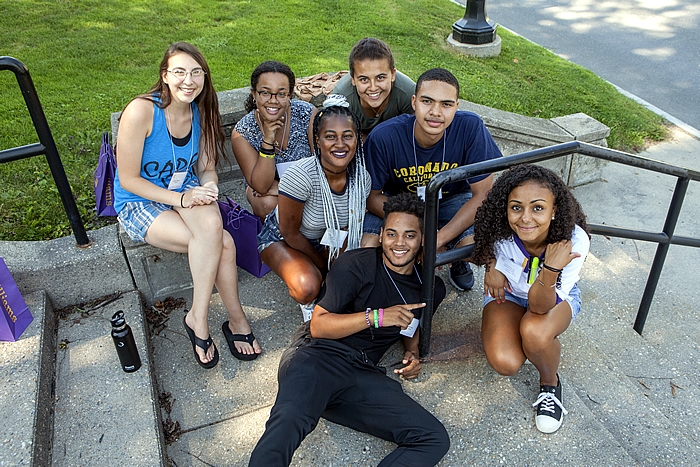