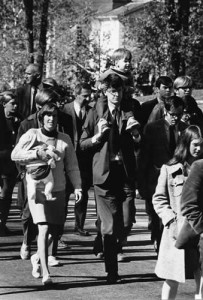 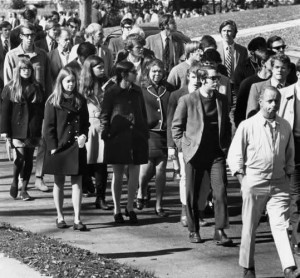 The Class of 1970 directed and participated in`1969-70, protests of racial issues on campus, and the Vietnam War.

These protests sparked major changes in college life and American society over the next generation.  Progress, protests, lawsuits and decisions on social and political diversity, equity, and democracy occurred at Williams and within society generally.

Obviously, the political protests continue, 2017-2020.  Compare the Williams Class of ’70 to the Class of 2017, and you’ll see the progress Williams has made on the issues the Class of ’70 was involved in fifty years ago.

But according to Williams’ own public history, it took thirty (30) years to implement these changes fully. See  See  See also, “How an Ivy Got Less Preppy:  Princeton Draws Surge of Students from Modest Means,” Washington Post, October 24, 2017