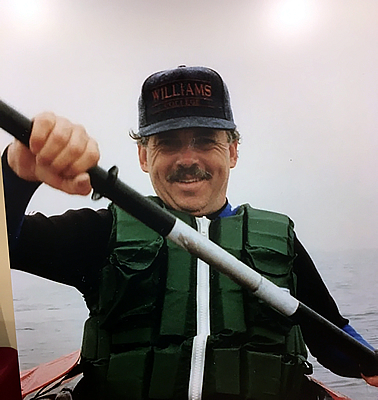 William Coyle (June 8, 1948 – January 2, 2020) died January 2, 2020, in Alexandria, VA, at age 71 after a year-long illness.  He was born June 8, 1948, in Washington, DC, and grew up in Silver Spring, MD with five siblings.  Bill graduated from Williams College in 1970 with a degree in Political Science, and served in the Peace Corps Colombia, where he worked in agriculture on a Pacific island. Bill then worked for the Appalachian Community Mental Health Center, West Virginia.

Bill earned a Masters degree in Agricultural Economics from the University of Tennessee.  He then worked for the Economic Research Service of the US Department of Agriculture, Washington, DC, his entire career until his retirement in 2010.
Bill was an accomplished photographer, writer, avid bicyclist, motorcyclist and gardener.  He generously contributed a number of his picture galleries for use on the Williams College Class of 1970 50th Reunion web site.  He is survived by his wife, Jean Albright, daughter Megan and son Brendan, four brothers and sisters, nieces and nephews.”