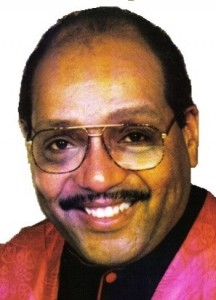 The Rev. Dr. Preston R. Washington, a prominent Harlem minister who led efforts to build housing and cope with the AIDS epidemic, among many other challenges, died of heart failure at Cabrini Medical Center in Manhattan. He was 54 and lived in New Rochelle, N.Y.

Preston, as senior pastor of Memorial Baptist Church at 141 West 115th Street, was a founder of Harlem Congregations for Community Improvement, an interfaith consortium of more than 90 congregations.

”We want to get beyond soup kitchens and care packages,” he said in an interview with Mother Jones magazine in 1997. He was known for pushing churches beyond traditional roles into larger and larger missions, for which he was particularly successful in securing money from the administration of Mayor David N. Dinkins. His programs included managing three city parks and job skills training.

In 1976, he became senior pastor of Memorial Baptist Church, which he led with his wife, Rev. Renee Washington. A moderate-sized church, it grew in prominence and became a regular Sunday morning stop for politicians, including Michael R. Bloomberg during his campaign for mayor in 2001.

In recent years, Preston focused passionately on helping people with AIDS. He told Mother Jones magazine in 2000 that he was motivated by his deep disappointment that some churches condemn people with the disease, as well as by the death of a close friend from it. ”What kind of damn God is this that allows this damn stuff? Babies dying of AIDS?” he said in the Mother Jones interview. ”I have to constantly check my own faith because this disease threatens every aspect of faith.”

In addition to his wife, he is survived by his sons Jamel, Devon, Nicholas, Preston Jr. and Brandon; two adopted sons, Keith Gay and the Rev. Jonathan R. Staples, three grandsons and his father, Preston.  (excerpted from the New York Times, July 4, 2003)