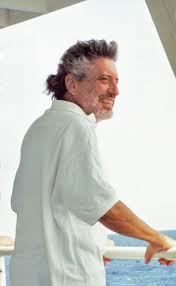 We will honor departed members of the Class of 1970 at a Remembrance Service  on Sunday morning, June 14, 2020, during our 50th Reunion. The service will be led by led by our classmate Rev. Chris Bryan. We hope you will plan to attend.

Kieron Kramer, devoted brother and uncle, and dearest friend to so many, died from a complication of illnesses on August 20th. He was 67 years old. He was born April 22, 1948, to Sam and Carol Kramer – jewelry artists in Greenwich Village, NY. A positive life force who, with his quick wit and sharp intellect, influenced the lives of all who were fortunate enough to know him. He was the “greatest teacher” and mentor to so many of his students. As the long-time editor of The Eastwick Press, Petersburg, NY,  he was dedicated to the craft of journalism and invested much of his time to his already considerable skill as a master of the English language. As a life-time soccer fanatic, player, coach, referee, he was known for fairness, and for love of the physical and artistic aspects of the game.

He was the proverbial scholar and gentleman, and keen observer of this unfathomable world. He was a kind man and we are left shaking our heads at his loss. He is survived by his brother, John Kramer of Williamstown, MA; niece, Carol Jane Kramer of Brooklyn, NY and nephew, John “Chico” Kramer of Greenwich Village, NY as well as his kith and kin, the educators, artists, soccer nuts and gadabouts of western Massachusetts. (The Berkshire Eagle on Sept. 5, 2015)