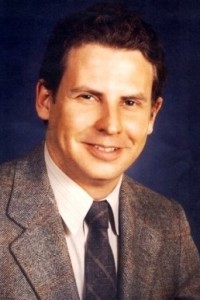 Born May 29, 1949, in Los Angeles, California, Dan attended Middle and Upper school at Pasadena Polytechnic. He received his college degree from Williams College and his medical degree from UCLA.  At Williams he majored in Chemistry.

Following an internship at Los Angeles County General, Dan fulfilled his pledge to serve the United States Military with two years of public service. His first year was spent on the Navajo Reservation at Crown Point, New Mexico, and the second at the Naval Station in San Pedro, California. He entered his surgery residency at Kaiser Sunset, and took his specialty in cancer surgery at M. D. Anderson in Houston, Texas.

A fifth generation Californian, Dan was the descendant of two pioneering Western families, the Blackburns of Paso Robles and the Rickeys of Nevada. Dan loved sailing, bicycling, skiing and motorcycling. After he retired from medicine, he restored vintage motorcycles. He was an accomplished jeweler and, in addition to his academic skills, he won several prizes for his painting and sculpture. Dan published numerous articles about cancer in medical journals.

Dan is survived by his wife, Karin Sutton Frost, of Morro Bay; by Melissa Frost, his daughter from a prior marriage, who is an artist in Berlin; by his stepdaughter, Elisa Daus, a student in Virginia; by his mother and step-father, George and Margie Chelini of Santa Barbara; by his father and step-mother, Sue and F. Daniel Frost of Kennewick, Washington; by his sister, Polly Frost, and her husband, Ray Sawhill of New York City; and by six step-brothers and sisters.

As a doctor, Dan helped save many lives. During his illness, his courage inspired those who knew him. And his lifelong sense of humor and love for all things chocolate will always be missed. (Santa Barbara Independent, July 2009)