Universal Thoughts on the Dinosaur

Science suggests we put our celebration in perspective.

Dinosaurs were the dominant genera on earth for 100 million years.

In contrast, we Homo Sapiens have “rule(d) over the fish in the sea and the birds in the sky and over every living creature that moves on the ground” (Genesis 1:28) for no more than 10,000 to 1 million years.

The Sun is about 4.6 billion years old. The sun condensed from a cloud of gas and dust after a super-nova explosion. The sun, some believe, then moved outside the dusty gas cloud and found a unique home outside the Orion Arm of the Milky Way spiral galaxy.

The Universe of 120 billion galaxies is approximately 13.8 billion years old.  The prevailing theory is that the Universe started from “nothing” with the Big Bang and is accelerating in size based on an unknown force, Dark Energy.

Earth may have between 1,000 to 4 billion years more to sustain life, depending on which “Extinction Theory” below you most support.

So we can still “beat” the dinosaur’s lengthy rule, if we’re careful. 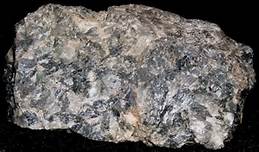 Anorthosite  Moon rocks returned to Earth by the Apollo Astronauts in 1969 confirmed this hypothesis.

Wikipedia:  “Indirect evidence for the giant impact scenario comes from rocks collected during the Apollo Moon landings, which show oxygen isotope ratios nearly identical to those of Earth.”

The Moon stabilized the Earth’s axis, thus permitting life to develop slowly in stable climate zones.  The importance of these random events to our celebration cannot be over-emphasized:

Jupiter, the largest planet, protects the earth by absorbing or diverting most comets and asteroids.

Jupiter’s orbit was stabilized by Saturn.  This prevented Jupiter from becoming a “hot Jupiter” orbiting close to the sun, and preventing Jupiter from acting as Earth’s planetary shield.   Saturn and Jupiter stabilized the “unusual” and perhaps “unique” make-up of our solar system, permitting circular orbits of the planets, which further stabilized Earth so that higher forms of life could develop. Many Earth-sized exoplanets detected by the Kepler space telescope orbit their suns in highly elliptical orbits which take them outside the “habitable zone” where water remains liquid.   Together, Jupiter and Saturn provide perhaps a uniquely stable solar system for the development of life on Earth.

See an in-depth look at our Solar System at Wikipedia.

Earth also found itself in the middle of the “Goldilocks” zone, where temperatures and atmospheric pressure permit the liquid water necessary for the development of complex life forms.

In contrast, a smaller Mars lost an Arctic-sea of water as it lost its atmosphere, though some water remains frozen in its polar ice caps.   Neither water nor direct evidence of life has yet been discovered or obtained by any of the Mars space probes landing on the planet.  See Mars Exploration Rovers Spirit and Opportunity (2003-present) and Mars Curiosity Rover, (2012-present).   Some speculate that Curiosity’s finding of a methane spike in Martian soil from an “ancient lake bed” supports the theory that Mars supported life billions of years ago.

But no more.  There’s no proven life on Mars now.

How long is Earth habitable?  Well, we hope at least for our lifetimes and the lifetimes of our children and grandchildren…

If you believe strongly in global warming, Earth may be inhabitable only for another 1000 years.  NASA plans to ship our successors to Mars starting in 2030.

It’s theorized that the Earth may come to its end in one of several ways.

The  “Rare Earth Hypothesis” is a primary motivation to celebrate.  Kepler did not confirm life on any planet found in the habitable zone.   The unique factors that have provided three billion (3,000,000,000) stable years for our short life to develop and re-develop, even after at least five major “extinction events,”  have not been confirmed on any of the exoplanets Kepler detected in “habitable zones.”

And someone’s throwing us a big party?  Sign me up!

So, fundamentally, we’re celebrating our survival and common bonds.  We’re here but for a short time.  Sixteen-percent (16%) of our fellow and sister travelers already have passed on.  To remember them see In Memorium.

So there is cause for celebration before our fragile flowers too collapse – an inevitable part of life’s short but renewable process.